Discover everything you need to know about Meoimi, the modern and exciting winery that produced the famous Belle Glos Pinot Noir plus an award-winning Chardonnay. 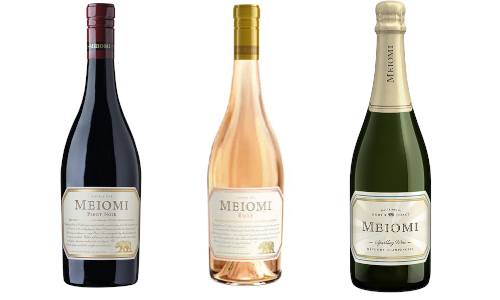 Many leading wine labels have a long history, with the vineyards and practices dating back many decades or more. That’s not the case with Meiomi; only established in 2006 it’s very much the new kid on the block.

Despite seeming to emerge almost overnight, the quality of Meiomi wines means that almost a cult following has developed. Originally rebuffed by wine connoisseurs, those in the industry have been forced to acknowledge that the Meiomi winery is here to stay.

Backed by a Dynasty of Winemakers

Meiomi may seem to have appeared out of nowhere but no-one becomes an expert in winemaking by accident. The founder of Meiomi is Joe Wagner but he learned the trade working for his father at Caymus, a winery that sprang into life in 1972.

The movie Sideways was to prove to be a huge source of inspiration for Wagner, and he embarked on a project to create a new wine which was affordable yet high quality. More accurately, he set out to make a Pinot Noir which was the wine featured prominently in the movie. 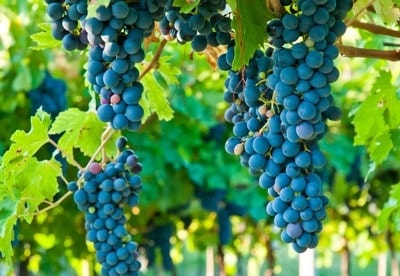 The project turned into something far more substantial, giving birth to Meiomi in 2006 and by 2009, the Pinot Noir was being sold commercially in vast quantities.

More wines were added to the Meiomi stable and the brand became a huge hit with consumers. The lack of longevity in the brand together with the use of a screw cap – the horror! – meant that Meiomi was ignored by many experts and upper-class wine sellers for some time.

Recommended Reading: Don't miss our guide to amarone wine next!

However, as review after review was forced to grudgingly admit that Meiomi was actually a very good wine, the industry began to embrace the brand.

In 2015 Joe Wagner surprised everyone by agreeing to sell Meiomi to Constellation for a blistering $315 million, staying on for the first couple of years as a consultant. Constellation may not be a household name, but they own armfuls of famous alcohol brands including both wines and spirits.

Meiomi wine is made in California, making the most of the glorious coastal air. The vineyards in this coastal area offer a beautiful balance of the elements which contributes to a richness and complexity in the wines produced.

There are three main vineyards in the Meiomi appellation:

With a unique blend of microclimates, Sonoma is acknowledged as being one of the best wine growing regions in the world. Ancient activity from volcanoes has created a rocky soil which places stress on the growth of the vine. Far from being a negative factor, this produces smaller fruit which are intensely flavored and bright.

The fogs that drift in from the Pacific Ocean along with the soft sea breeze combine to create optimum growing conditions in this wonderful mountain valley. This allows the grapes to fully mature on the vine and due to a longer “hang time”, there are a superior amount of tannins, flavors and acids in the ripened fruit.

Hot inland temperatures are gently cooled by the ocean air in this Monterey Bay vineyard. This means that the grapes are never exposed to the full heat as temperatures are kept more moderate. This allows the fruit to ripen slowly and evenly, giving the distinctive Meiomi flavors.

Recommended Article: Don't forget to check out our guide to Montepulciano!

Although Meiomi have gone on to create many wines that have received rave reviews, it all started with that very special Pinot Noir. Wagner spotted the sudden surge in the wine after the release of Sideways, and that was what directed his first solo project.

Although Pinot Noir was suddenly in demand, Belle Glos is something special. The sommeliers may still snub it but consumers and wine reviewers drink it by the bottle.

The flavors are probably what you’d expect from a Pinot with ripe berries such as cherry, strawberry and boysenberry with a hint of spice. There’s a slight sweetness which makes it a smooth and light drink.

The secret to this Meiomi Pinot Noir is the blend of the fruit from all three vineyards, and the bottle alludes to this. The bright berries come from Sonoma, the texture from Monterey Bay while the slight spice hails from Santa Barbara. A better combination and complementary blend is almost impossible to find in any wine production.

This sweet berry wine is particularly contemporary and appeals to the modern palate, as outlined in many Meiomi Pino Noir reviews. However, what really clinched the deal is the surprisingly affordable price, bringing a really decent wine to the table for just a snip.

More Wines in the Cellar

Although the Pinot Noir was the standout success, the company went on to produce a number of other critically acclaimed wines too.

Their Chardonnay took silver in the San Francisco Chronicle Wine Competition 2017, a wine that first hit the shelves in 2014. Once again produced with fruit from the same three vineyards, their Chardonnay is described as having a touch of custard with layers of lemon peel and pineapple accentuated by baking spices, honey and almonds.

The Meiomi Rose is another winner, combining rose petal with citrus and strawberry aromas. Grapefruit rind hits the palate along with hay, watermelon and the juiciness of strawberries, adding a splash of minerals to the last note.

A sparkling wine and a selection of special Reserve Pinot Noirs complete the stable currently available from Meiomi.

If the Pinot Noir had been released by one of the established wineries, it would have received rave reviews right away. Coming from a newcomer, the Meiomi red wine had to earn its stripes but it’s more than achieved that in the past 10 years.

Loved by the public and wine critics alike, it’s impossible to criticize this appealing brand. From the hugely popular Pinot Noir to the light Chardonnay, there’s a wine for everyone from Meiomi.