Sometimes, you just want luxury, opulence and to enjoy the finer things in life. In the following post, we review the affordable and tasty Costco Dom Perignon. 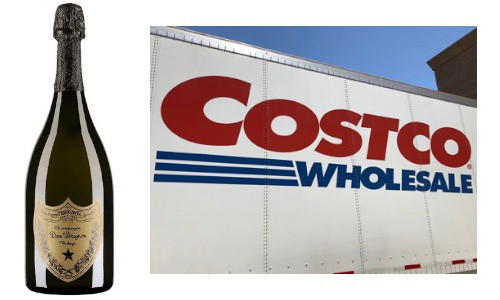 What do you turn to on a special occasion or when you really feel you’ve earned a nice tall glass of bubbles?

What is the first drink you think of pouring when you’re going to celebrate something with friends, lovers or family?

Perhaps it’s whatever you can afford. It’s maybe not often a bottle of something as sophisticated as Dom Perignon, is it?

Even if you are just looking to chill out, is there anything better, sometimes, than just kicking back and not turning to the usual reds, whites or even roses and instead letting uncle Dom Perignon take care of you?

Sometimes you just need the sophistication, luxury and unbridled indulgence that comes from a bottle of crisp and fresh, but decidedly vintage champagne.

Produced by Moet and Chandan, Dom Perignon is without a doubt one of the most prestigious champagne labels in the world. Is it worth all the fuss? Or is it overrated like many people believe? Let’s find out. 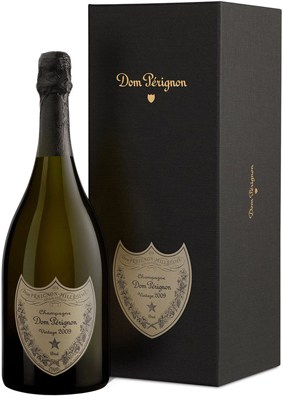 Its name is taken from a Benedictine Monk called Dom Pierre Perignon who was the cellar master at the Abbey of Hautvillers.

As he was a firm believer that working hard would bring monks closer to God, he set out to make the very best wine in the world. Although there is a long-standing legend that Dom Pierre Perignon came up with the method of making Champagne, it’s inaccurate.

While he did make improvements to the production of the drink, like blending wines and making white wine using red grapes, the process for making champagne had already been documented at least six years before Perignon was posted at the Abbey. There, he cannot be credited with the process of mixing in sugar with the wine to kickstart a second fermentation.

It is, though, a very nice story and helps add mystique and mystery to the man behind one of the most respected and loved champagne labels in the world. One thing that is always true of any Dom Perignon, whether it’s this 2006 edition or the previous and highly praised 2005 edition is that Dom Perignon is always a vintage champagne.

Recommended Next: Is Costco's Kirkland brand champagne up to scratch? Find out in our latest article.

When crafting their creations, they only use grapes from one year in a bottling, as a way of showcasing the characteristics and unique qualities of that grape. There are no non-vintage wines produced by Dom Perignon.

If either are missing, or anything else is added, it’s just not the same drink anymore. Although the percentage is different from vintage to vintage, its normally somewhere in the region of either 50/50 or 60/40 with that blend favoring one grape over the other.

Now that we’ve established some facts and important information, let’s move onto the job at hand, reviewing this Dom Perignon 2006.

For many it was a bit of a surprise that Moet & Chandan released another Dom Perignon vintage, so close to the release of the highly lauded 2005 version.

Many people loved the 2005 for its intense and strong aromas and consider it to be one of the best tasting vintage DP in recent years. In fact, so good is the 2005, that’s it’s placed in up there with 2002 and the 1996 vintages.

Recommended: Have you tried any of Costco's best wines?

The thing that immediately comes to mind when you first approach Dom Perignon 2006 is that it has a bright and pure bouquet, that is also very mild.

That makes way though for a fruity and floral tone that soon takes a darker move towards notes of licorice, ripened hay and candied dried fruit.

Taking a first sip of this classic wine really shows off the sheer opulence of the drink, with a round and succulent flavor.

As it lingers it becomes edgier and more complex, with a silky feel, rather than a dreamy creamy consistency. The finish is exquisitely bitter with a very noticeable taste of salty seawater.

In line with what we said above, there is a slightly higher percentage of Chardonnay in this champagne than Pinot Noir.

Is it Really Good Value For Money?

So, if you’ve always wanted to give yourself a treat and never been able to because of the out-of-reach prices many vintages have been available in the past, now is as good a time as any.

Take the Leap and Let Dom Perignon Into Your Life

So, we did pose the question at the outset of our review ‘is Dom Perignon overrated and worth all the fuss?’ Obviously, fine wines and champagnes like everything else in life, is very much down to personal taste. We would argue that Dom Perignon is not just popular because people like thing it should be popular.

We believe it’s popular and sells well because it is really that good. This 2006 Dom Perignon has all the hallmarks of a fine champagne. The thing that really sells this and makes it stand out from a lot of the crowd is the price.

Who can really argue with getting a fine bottle of champagne like the Dom Perignon Costco are selling for under 150 bucks?

Recommended Article: Ever heard of New Zealand's Matua Sauvignon Blanc? Well, you should have!