Carbs in Red Wine: Less Than Most Alcoholic Beverages
This post was updated on: August 1, 2020

Carbs in Red Wine: Less Than Most Alcoholic Beverages 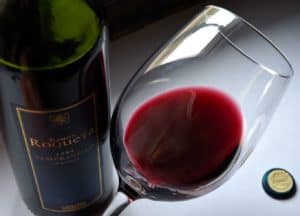 Ever since I was a kid (or maybe just slightly after) I have been told that a glass of wine a day, preferably with a meal, is not only a nice pleasure but also a healthy habit. And if it’s red wine; then even better! In fact, red wine contains a series of healthy compounds that can have a very beneficial role in people’s life.

But, as a woman (sadly on a diet for most of my life) I tend to be interested in nutritional facts and that’s one of the reasons (other my insane passion for wine) why I find important to know how wine is composed and what is the amount of carbs in red wine.

I am pleased to announce that wine is a generally a low-carb drink, and more specifically one of the few alcoholic beverages that contains a relatively low number of carbohydrates. This is reason to celebrate in my books!

The table below details out the red wine carbs for a number of grape varieties.

* These numbers need to be considered as average, as actually there may be a great variability among different producers and vintages.

What Are Carbohydrates and Where Do They Come From? 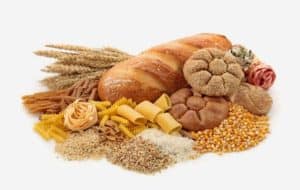 Well, first of all, in order to understand the differences between different types of wine, and why they contain more or less carbs, I think it’s important to give you a little intro on what carbs really are and how do they end up in wine.

Carbohydrates (or carbs) are the main energy source for the human body. They should cover about 60% of daily calories need, of which at least ¾ must be complex carbohydrates and the rest simple ones. The carbohydrates or simple sugars (glucose, fructose, galactose, sucrose and lactose), consist of one or two molecules, and are normally present in sweets, ice cream, jams, fruit desserts, milk and guess what? Wine.

Complex carbohydrates (polysaccharides), on the other hand, consist of a large number of composite molecules and are present in bread, pasta, rice, corn, potatoes, legumes, and a whole host of other foods.

From the digestion of carbohydrates the body obtains the essential glucose for the production of energy; so obviously they have a primary role in our diet.

How Does This Relate to Carbs in Wine?

Going back to wine, the only carbohydrates contained are glucose and fructose.

They are present in small amounts because almost all sugars, initially present in the grape juice are converted into alcohol, heat, and CO2 by the yeasts during the fermentation process. So the total carbs actually contained in a finished dry wine are those leftover after fermentation: the so called residual sugars whose content depends on a number of factors including the particular grape variety and of course how the fermentation is carried out and when it is stopped.

This means that, in sweet, off dry and fortified wines (or simply in those wines where the winemaker wants to have a more relevant amount of residual sugars), the amount of carbs will be higher because the fermentation will be stopped before all sugars have been consumed by the yeasts.

On top of that, different grape varieties tend to accumulate more or less sugar during the maturation phase thus resulting in more carbs in the finished wine.

How Are Carbs Connected to the Amount of Calories in Wine? 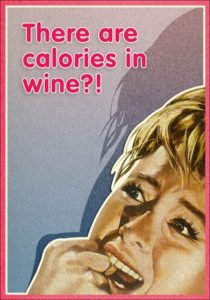 For those that are just looking into a healthy lifestyle without having to miss the pleasure of wine and want to consider the total count of calories, it is actually interesting to know that, contrarily to what most people may think, wine calories are mainly connected to alcohol more so than carbohydrates.

And that’s what you should be really careful with; in fact a gram of alcohol has normally around 7 calories, while a gram of carbs has only 4. And, as a matter of fact, alcohol contains calories with no nutritional value.

Unfortunately (for me and all red wine lovers), red dry wines tend to have higher alcohol content than white wines resulting consequently on a higher amount of calories.

Benefits of Red Wine Versus White

But, it is also important to highlight, that wine, red in particular, has much more to offer to its fans in terms of health benefits.

For example, there are plenty of minerals; iron, manganese, fluoride, potassium, all very important for body’s health. Fluoride and potassium are especially present in interesting quantities; the former can prevent the formation of tooth decay by maintaining strong enamel and the latter can reduce the excess of sodium in the body with a consequent positive effect on blood pressure.

Other than these, there are vitamins, although not in huge percentages, the powerful antioxidant polyphenols and the `magic` resveratrol both characterized by a strong anti-aging potential. The other good news is that wine is absolutely fat free!

And, in terms of wine colors, red wines generally tend to contain more of these healthy nutrients such as minerals and antioxidants, making their extra calories really worthwhile!

How Does Red Wine Compare to Other Drinks?

So wine definitely has plenty of beneficial advantages when compared to other drinks, either alcoholic or not.

Talking about alcoholic beverages, for example, while spirits like vodka, whiskey, rum and tequila don’t have any carbs at all, on the other hand their alcohol content correspond to a higher amount of calories

Other drinks such as beer or liqueurs instead have a higher amount of carbs, same as a lot of non-alcoholic carbonated drinks that we tend to drink often unaware of their composition.

Among wines, instead, reds are those with the lowest amount of carbs, generally less than whites and surely less than sweet, off dry and fortified wines.

Finally, can wine be part of a healthy lifestyle or a diet?

The answer is yes, of course. Not only can it be, but I’d go as far as saying that it should! It makes no sense get caught by guilt while drinking a good glass of wine with your friends or with your meal!

Considering the low amount of carbs and all its beneficial effects, wine (red over white), if consumed with moderation, is certainly a healthy drink.

And, if you are on a low-carb diet, the best choice is probably to stick to those wines that have less carbs such as a delicious Pinot Noir for example, and less calories, to control your measures and not to waste important calories on bad quality wines!