The Best Substitutes for Red Wine Vinegar - The Perfect Alternatives!

Have you been caught short and ran out of red wine vinegar? Check out these clever red wine substitutes which are simple and easy to use in any recipe. 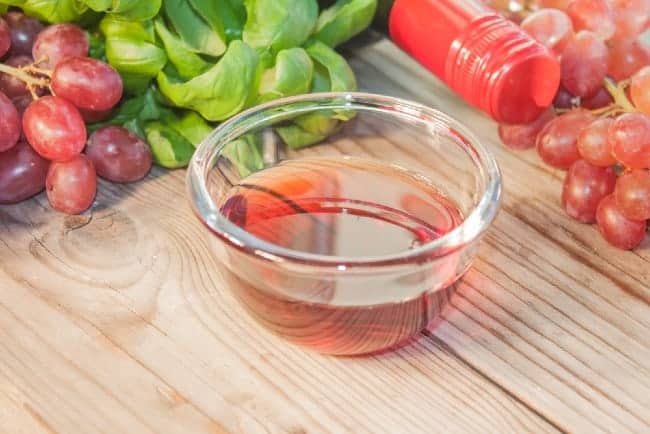 If you’re a bit of a whizz in the kitchen, you’ve probably got a store cupboard that’s piled high with essentials, perfect for creating culinary masterpieces.

When you’re used to having everything you need close at hand, it’s easy to take supplies for granted.

Getting halfway through cooking and realizing that you don’t have something essential leaves you with a decision: put a hold on everything and run to the store or come up with an alternative.

If you’re at a crucial point in the cooking, there’s no way to pause the process without ruining the dish in the process. It’s also pretty inconvenient!

A far better option is the latter, get creative and find a suitable replacement that has a similar taste profile.

Red wine vinegar can be vital in some recipes, providing a tangy depth of flavor and an acidity that would otherwise be missing. Leaving it out of the dish would result in an insipid and bland result.

But what are the options?

Never fear, we’ve got all the answers you need. Read on to discover a few things you can use as an excellent substitute for red wine vinegar.

Different vinegars have a different flavor profile but they can be substituted for each other in a pinch, particularly when combined with other ingredients.

If you’re using your red wine vinegar in a vinaigrette, the fruitiness of an apple cider vinegar is the best alternative. 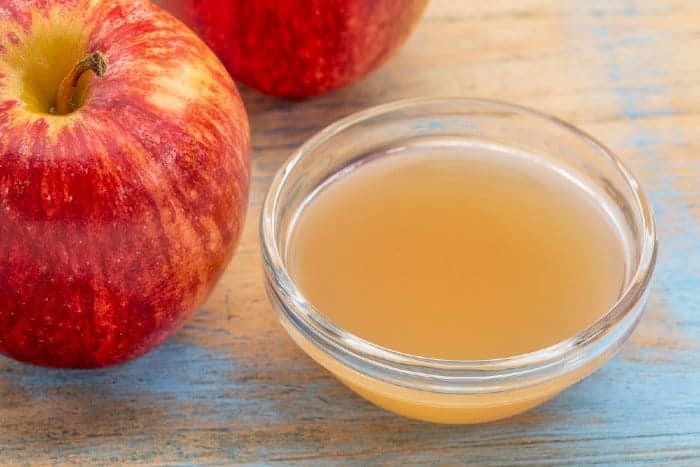 Don’t dive right in by adding the same quantities of apple cider vinegar that you would have used for red wine vinegar as you’ll risk overwhelming the flavor.

Start off small and gradually build up. You can use it solo but you’ll probably get the best result by adding in a dash of red wine. 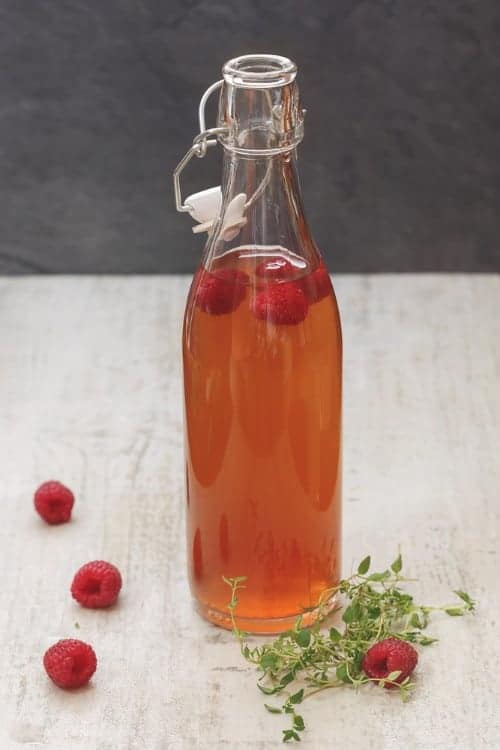 In the same way that you can add a splash of red wine to apple cider vinegar, you can also do the same to cider vinegar.  Use 3:1 ratio as before and the end result should be perfect!

Recommended: Enjoy a bottle of sweet red wine without breaking bank! Here’s a list of the best for under $30.

If you’re making a salad dressing, a balsamic vinegar could provide the answer. Balsamic vinegar is sweeter and milder than red wine vinegar but it’s similar enough to get a good result.

If it tastes too sweet, try omitting any additional sweeteners in the recipe. 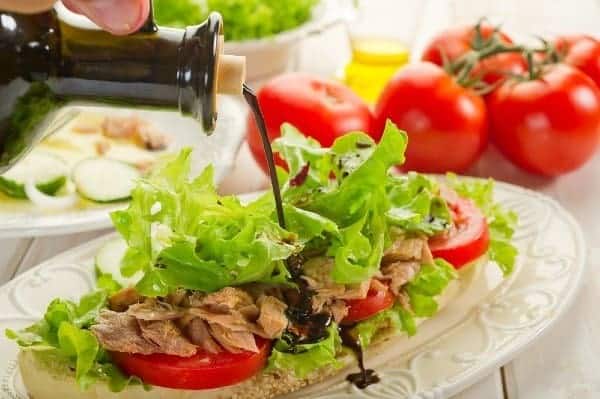 OK, we know that lemon juice and red wine vinegar are completely different but bear with us - it does sometimes work!

If you’re using red wine vinegar to provide acidity but not any flavor, lemon juice is ideal.

Don’t use lemon juice if the red wine vinegar contributes to the flavor; it’s only suitable when the vinegar would be overpowered by stronger tastes. Lime juice could also work in the same way. 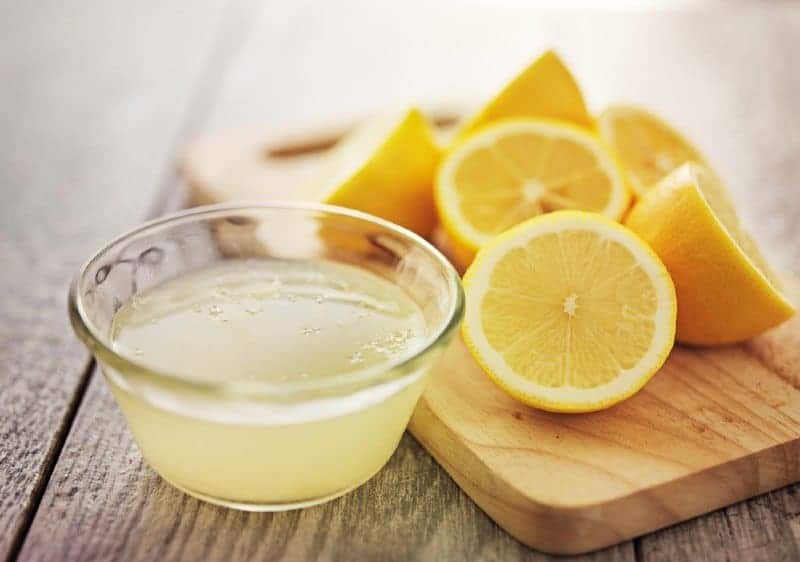 In exactly the opposite scenario to lemon juice, red wine is a great substitute when you want the flavor but not necessarily the acidity.

Red wine will create the same tangy flavors but won’t offer any acidity in the dish. Red wine on its own is best used in place of a red wine vinegar in marinades. 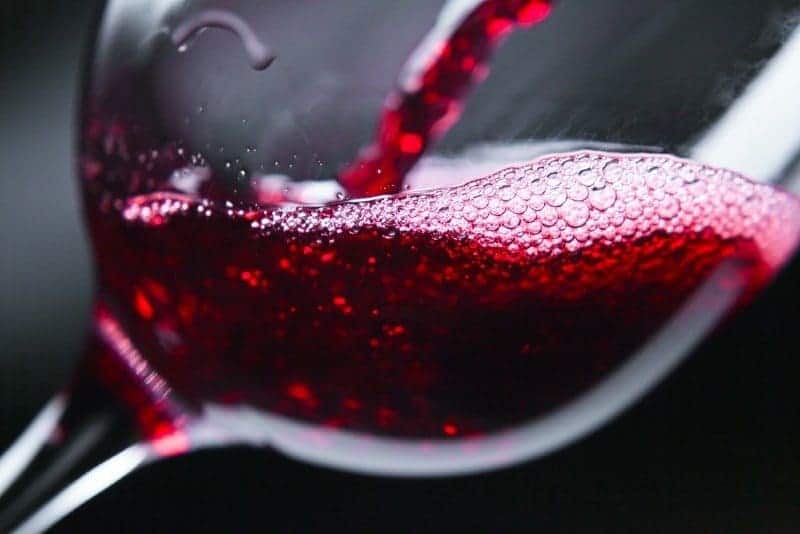 Another type of marinade that you can use instead of red wine vinegar is tamarind paste; it works well on both seafood and meat.

Amchoor powder is another alternative that creates a similar result. Both are commonly used as marinades within Asian cuisine. 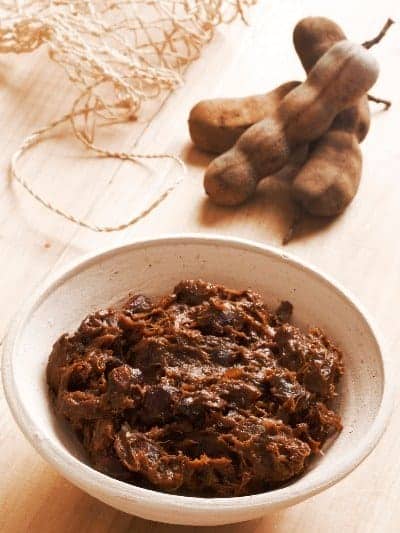 Up Next: Don’t like drinking wine? Let this article convince you otherwise.

Rice vinegar is one of the closest ingredients to red wine vinegar but it has a subtler taste. It can be used on its own to provide flavor and acidity but you’ll probably have to use more.

Begin by adding the same amount as you would have for red wine vinegar and slowly increasing it until you get the right balance.

Another vinegar which is sweet and mild is sherry vinegar and it’s often used in Spanish cuisine in place of red wine vinegar.

Similar to apple cider vinegar it can cause the dish to become too sweet if you’re not careful. It’s therefore a good idea to skip any sweeteners or cut back on sugar to end up with the same rich and tangy taste.

Red wine vinegar has a much stronger flavor than white wine vinegar but both of them offer the same degree of acidity.

They are also fairly similar in taste so providing the flavor of the red wine vinegar isn’t integral to the end result, you can simply switch it in the same quantities. 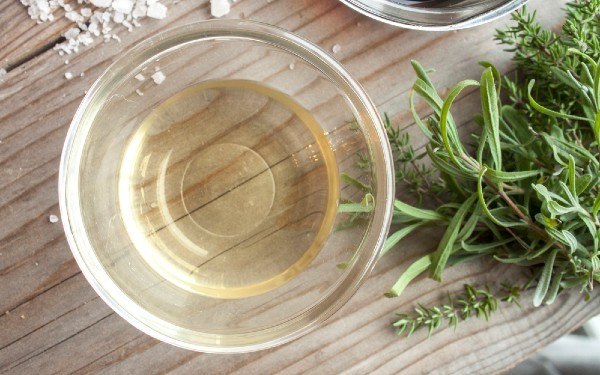 Use equal parts and you’ll wind up with an ingredient which is almost identical to red wine vinegar. Use in any type of dish including marinades and salad dressings.

As you can see, there are many possible red wine vinegar substitutes but some are better than others, depending on what the recipe requires.

Make sure you consider whether it’s the tangy, tart flavor that’s important or the acidity to provide balance.

This will help you to choose the best substitute as some provide the acidity, others - such as red wine on its own - provide great flavor.

Some combinations offer both!

Whatever you choose, the good news is that skipping red wine vinegar doesn’t have to be a culinary disaster if you have any of the above ingredients at home instead.