Are you a wine connoisseur? If so, you’ll be fascinated to know more about the Beaujolais Nouveau 2017 vintage and whether it was worth the wait. 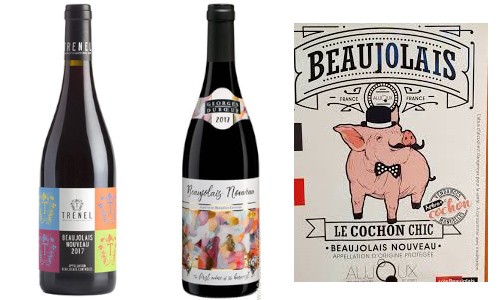 For those who know their wines, the term “cru beaujolais” will leave them filled with excitement.

In fact, for those who love their French vintages, Beaujolais Nouveau Day is a famous festival that is now celebrated worldwide.

On the third Thursday of November, bars, restaurants and cafes fill with connoisseurs who are all waiting to try the year’s vintage.

The Beaujolais Nouveau is the best-known primeur (or young, rapidly produced wine) in France. Beaujolais Nouveau is found on shelves just 6-8 weeks after harvesting the grapes and due to this brief timespan, winemakers must use special yeasts and artisanal techniques to make the process of fermentation much faster. While this deters some people, those who really love wine are excited to give it a try.

Although Beaujolais Nouveau wine isn’t the only variety to bear the Beaujolais name, (Beaujolais Villages is just one other), it is certainly the most popular. Around 25 million bottles are made every year with millions heading to the USA and millions more being shipped to Japan where this wine goes down particularly well, especially at the wine spa in which fans of the tipple can actually bathe in it!

Beaujolais Nouveau is synonymous with the name Georges Dubeouf, a wine producer who popularized this wine in the 1980s. Even today, this name is the most famous variety of this wine.

So, what should you know about the 2017 vintage? Well, there is some backstory to this year’s wines. Like most of France’s wine regions, the Beaujolais region to the South of Burgundy where the Gamay grape is produced, was hit especially hard during the spring by severe frosts.

Hard on the heels of this disaster, there were enormous hailstorms which wreaked even more havoc and destroyed even more crops during the summer. As a result, this year’s vintage was the smallest harvest that France has ever known since 1945 and it caused some major dramas among Beaujolais wine growers.

Luckily, not every vineyard was wiped out by the power of nature. Those that survived benefited from relatively warm and dry growing condition which resulted in concentrated small berries which were brought to a high level of richness and maturity.

Recommended Next: Check out our review of the Paxis Red Blend.

This unusual weather led to a lot of excitement among wine enthusiasts who were waiting with bated breath to find out just what effect Mother Nature would have had on the quality of the year’s vintage.

When the vintage was finally released, it proved to be a pleasant surprise. The wines were deeply fruit and round, with less acidity than usual because of the warmth of the weather. All boasted berry flavors with a very natural taste, something which was most welcome to connoisseurs around the world.

So, which were the best Beaujolais Nouveau 2017 wines? Here are just a few that we recommend.

This is an especially youthful and vibrant wine thanks to its red, dense coloration with just a hint of purple. It also has a powerful nose with lots of wood, berry and acidic aromas with a strong hit of fresh and juicy raspberries, blueberries and raspberries.

This wine is soft and round on the palate, packed with juicy red berry flavor that is slightly similar to blueberry juice but with salty and biting phenolics. There’s also just a touch of spicy pepperiness which brings a hint of chili to the smooth texture.

Overall, this Nouveau has a wonderfully traditional fruity character but with additional juiciness and depth that makes it stand out from the crowd. You certainly won’t regret pouring a glass of this at the end of a long, hard day.

Recommended Reading: Curious about Apothic Red? Find out what we think in our latest review. 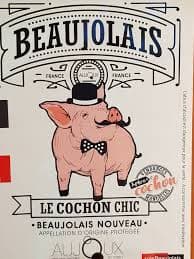 With its distinctive and amusing label this Beaujolais Nouveau may appear to be somewhat of a joke, but it actually might impress you. Its red, intense color with purple shades makes this wine stand out as a youthful and young wine with plenty of aesthetic appeal.

It as an authentically fruity nose, with aromas of ripe strawberries and cherries. The palate, too, is dominated by these red berry ripe flavors while the texture is round, soft and oily, with lots of tannins for extra smoothness.

This Nouveau is all about rich, fresh berries and is comfortingly warm, enjoyable and opulent – a most surprising wine!

This year is the U.S.’s 35th release from Georges Duboeuf and that’s no mean feat for a wine hailing from Europe. In fact, it’s one of America’s top choices, with around a million bottles being consumed every year!

With this in mind, this year’s wine won’t disappoint. Its color, for a start, is a brilliantly bright ruby red, which instantly makes it look appealing. It has a vibrant nose too, which conjures up crushed berries paired, somewhat unusually, with bubblegum!

Recommended Article: Check out our review of one of the very best white wines from New Zealand!

On the palate, this tipple is a little more tannic and dry than might be expected, but with enough juicy tartness to impress. It affords lingering fruity notes that have more than a hint of white Zinfandel about them.

This wine works well on its own, but it works even better with food. In fact, it’s the perfect partner to a traditional Thanksgiving feast of turkey with cranberry sauce. It’s also incredibly affordable, making it an ideal festive choice that will go down well as you celebrate the season.

All three of these 2017 Beaujolais Nouveau wines were surprisingly delicious, considering the challenges that this year’s vintage has endured.

With authentically fruity flavors and just enough juiciness and tartness to tantalize your tastebuds, these delightful wines won’t disappoint even the most hardened connoisseur.

Whether you’re looking for a tipple to enjoy with food or a glass of red to savor at the end of the day, one of these three wines is sure to fit the bill perfectly.